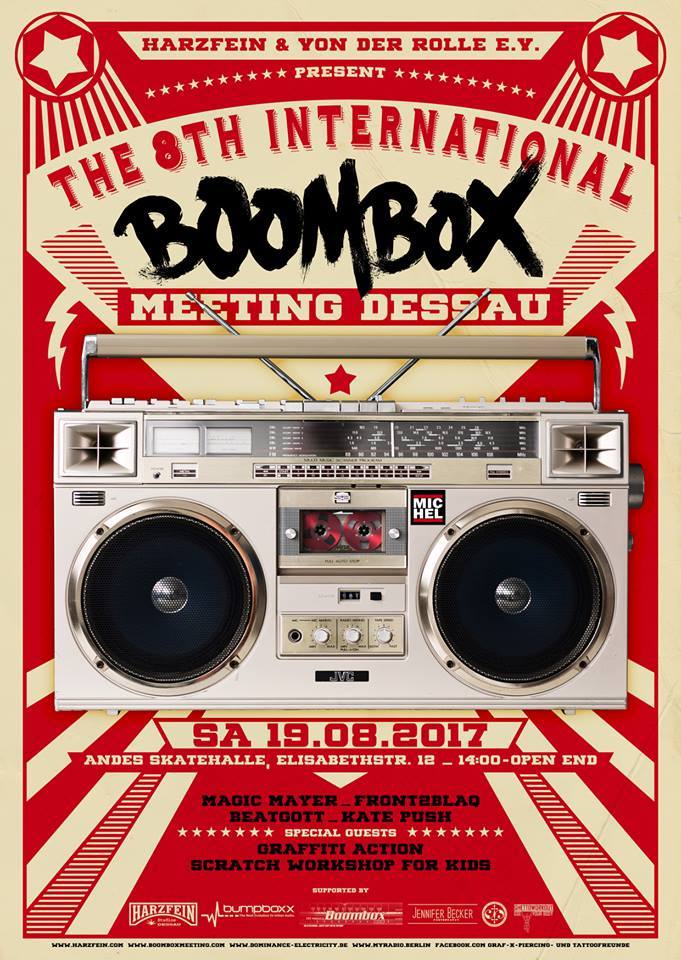 For organizational reasons we have to cancel the boombox meeting for this year.

We see us next year!

There have been boombox meetings in the whole world during the last years. In Germany the community also keeps on growing constantly. Since 2008, fans and collectors meet up to celebrate the legendary stereo radio recorders form the 70s and 80s.

Everything started with the internet site "www.stereo2go.com". . Finally boombox fans from around the globe had the chance to get access to the technical details about any boombox. On the site collections could be presented and collectors could exchange information with each other. The idea to organize a meeting of some sort was almost obligatory. 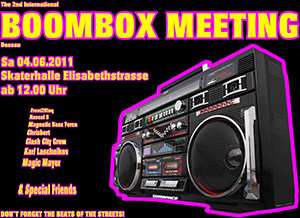 As far as we know the first German boombox meeting took place in the Görlitzer Park in Berlin in 2008. It was organized by five active collectors who got to know each other through stereo2go.com.

It was a great event for the five guys. Everyone brought their favorite boombox and contacts and friendships were made. It must have felt like travelling back in time to the 1980s. 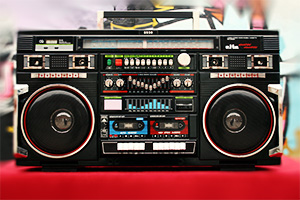 There was a photo thread on stereo2go.com about the event which got a lot of positive feedback. Everyone knew that there would have to be another meeting. The following meetings in Nuremberg(2009) and Dresden (2010) also turned out to be a great success. The positive feedback on stero2go.com kept on coming so the meeting quickly got the attention of more boomboxers.

On 29 may 2010 the boombox meeting took place in Dessau for the first time. The conclusion of everyone who was involved: simply amazing! We are doing our best so that next year there can be another meeting here in Dessau.

I would like to thank all of my friends, the organizers and the people who were involved for the fantastic time. More detailed information on the event and its organizers are going to be posted on this site periodically.